My oldest son won't wear a hat unless I make him.  My youngest son will only wear serious hats.  My middle son likes his hats crazy!  That is why I made my middle son the Mohawk Hat. It was a quick knit.  I think I knit the entire hat the same amount of time it took me to do the mohawk part. 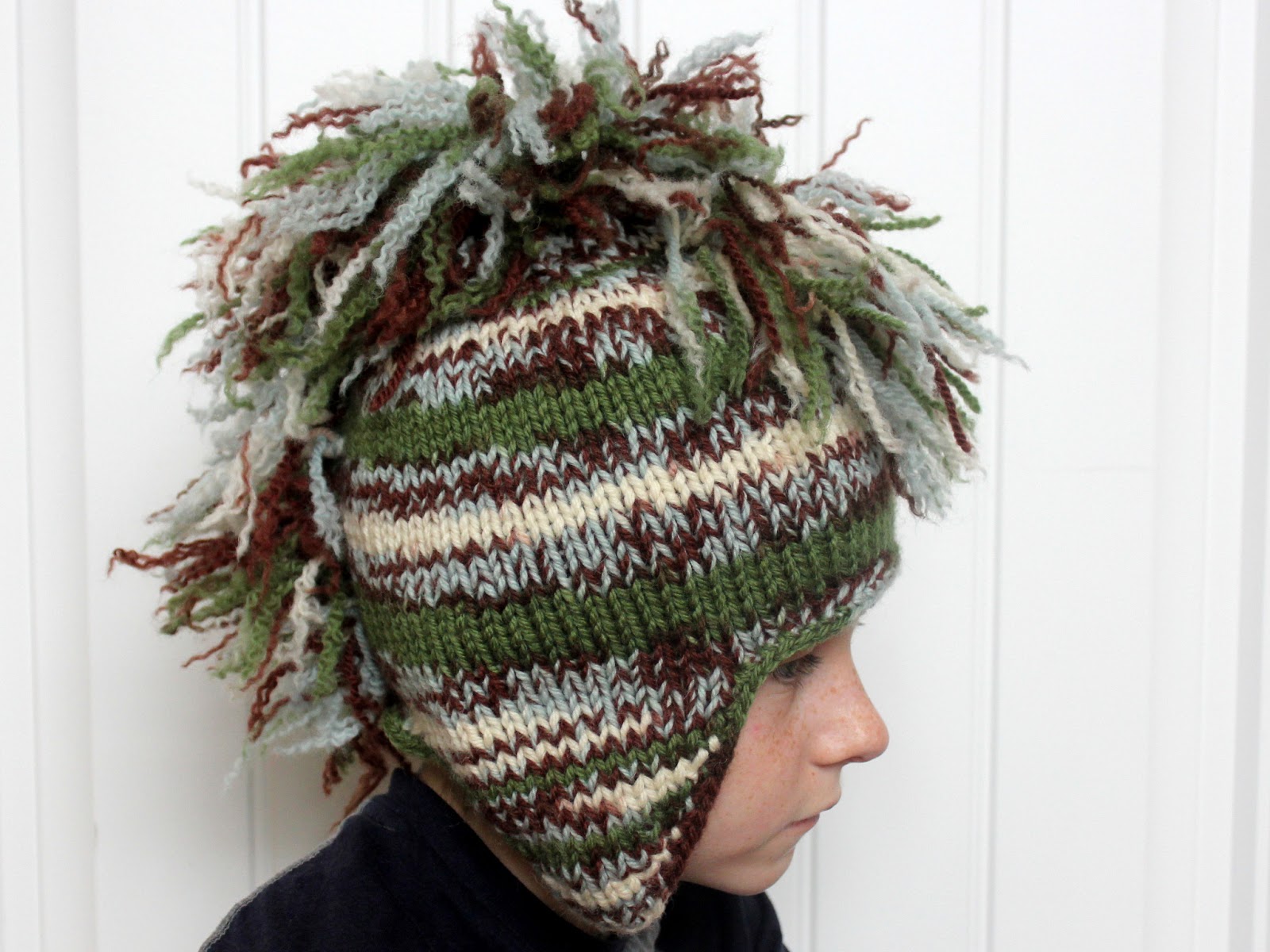 He can rock that mohawk can't he?

My Gremlin dog got in the picture and stuck her tongue out at me.  For rude! 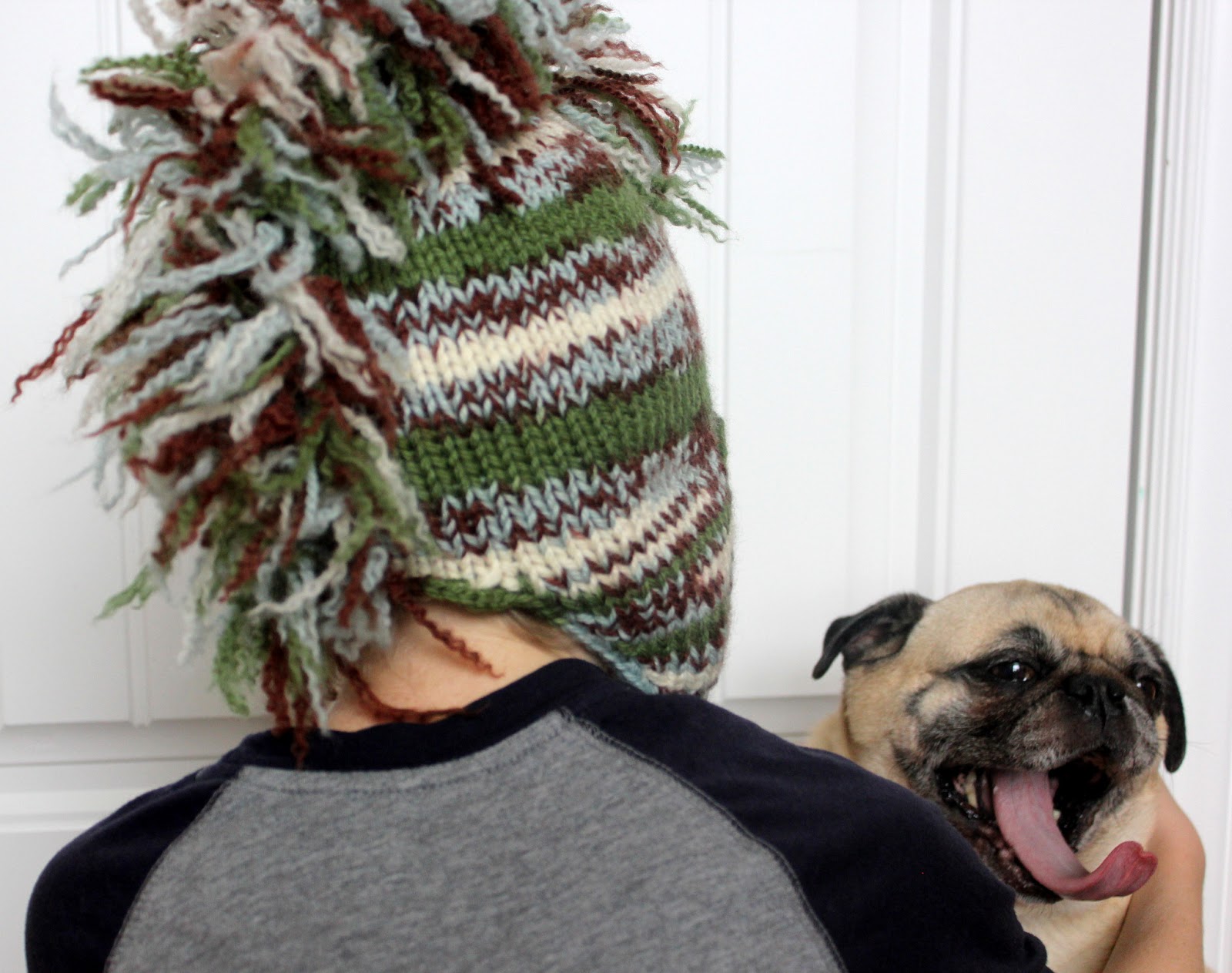 And then I got in trouble for disturbing him while he was writing his book. 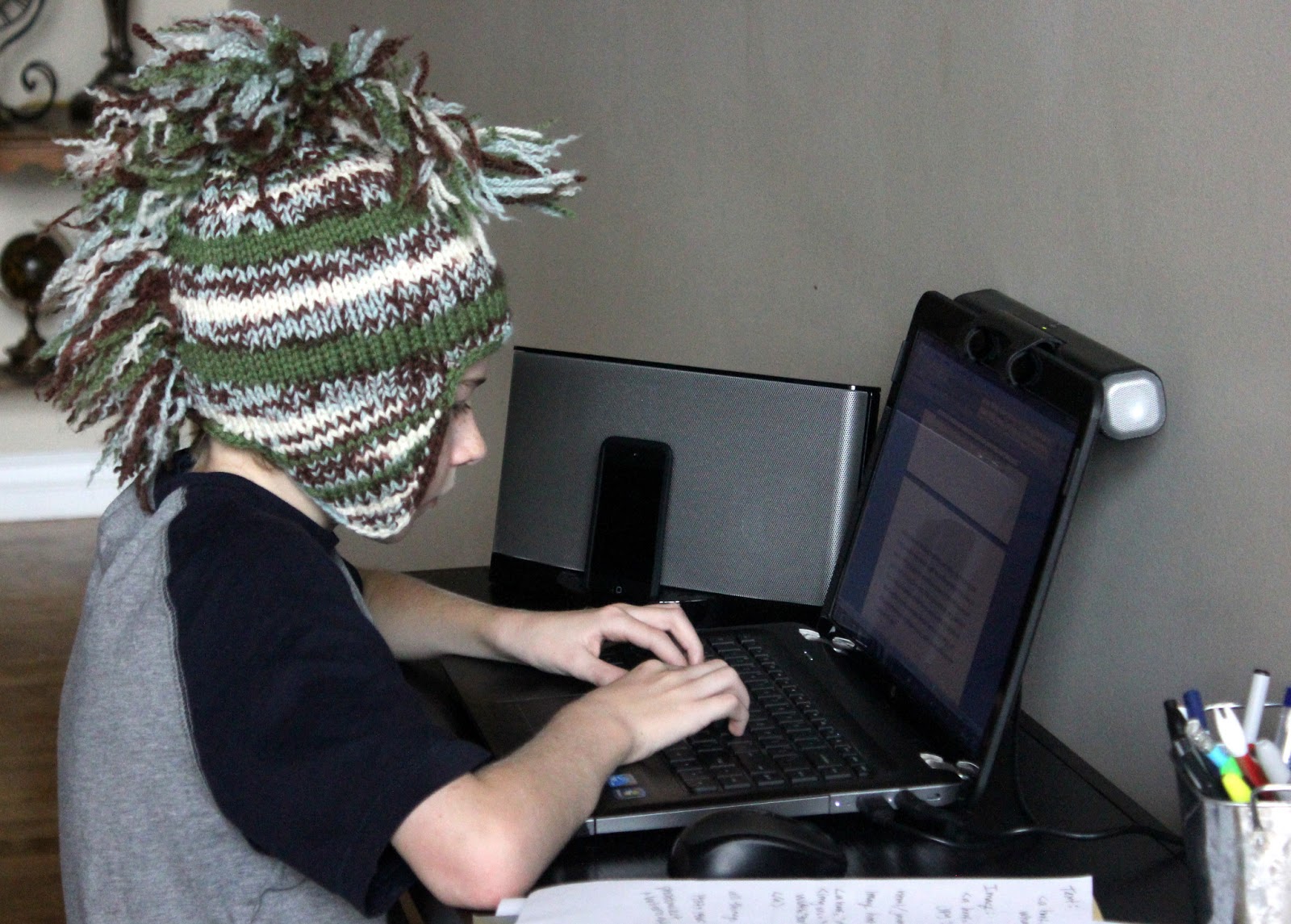 Mohawk pattern
All my boys, including my husband, would wear a storm trooper on their head.
Pirates are in fashion at all times.
Flame Hat because it looks cool.

Love the mohawk hat...I must have made 5-6 for christmas 2011 and they are still worn all the time!

How darling. The hat is awesome and it looks great on your handsome son.