John and I celebrated our 19th wedding anniversary on Monday.  I have now been married half of my life.  I can hardly believe it!  Yes, I was married young.  One month shy of age 20, actually.  I don't recommend this for my daughter! 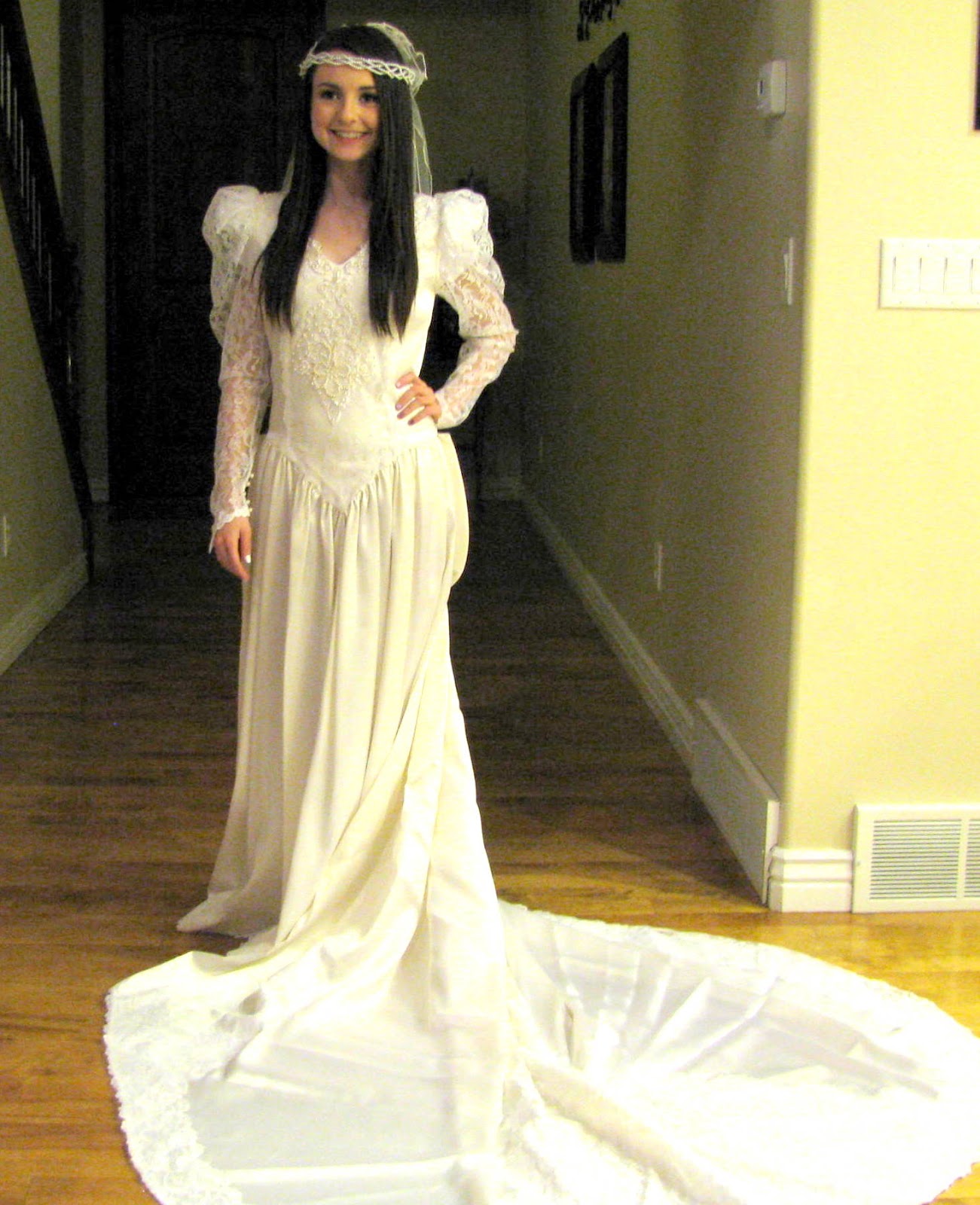 Madison didn't think I was ever as small as she was.  So, I let her try on my wedding dress.  It fit her perfectly except I am taller.  Oh, how I wish I was that tiny again!

I made that dress for $80.00.  It was made with the cheapest materials I could find.  The front is beaded.  And the white has yellowed during the 19 years its hung in my closet.


Top 10 Reasons My Man And I Great Together
1. We make beautiful babies
2.  We agree on how our children should be raised
3.  We naturally do the work around the house without any arguments about who should do what
4.  I encourage him in his hobbies as he does mine
5. kissing
6.  we like the same movies
7.  we have a great time on vacations
8.  we are both thrifty
9.  we appreciate each other
10.  we take turns letting the other be "right"

We went to dinner to celebrate.  As I was getting ready Devin said, "We're not doing anything!"  Haha!  Mom instincts went on high alert!  A few minutes later he announced, "There's nothing in the office!"  John was hiding my gift in the office but he made the mistake of letting a 5 year old in on the secret!
I bought John a shirt for our anniversary.  John bought me a Canon Rebel!  Guess who's better at gift giving?!  I am so excited!  I having been wishing for a Rebel for 8 years!  Now I just have to figure out how to work the thing!
Pin It
Posted by Katrine at 9:32 AM

Email ThisBlogThis!Share to TwitterShare to FacebookShare to Pinterest
Labels: anniversary