It was a thrill for me to meet Stephanie Nielson of NieNiedialogues.com.  I have admired her for so long that I took the chance to go to her book signing in Salt Lake City. 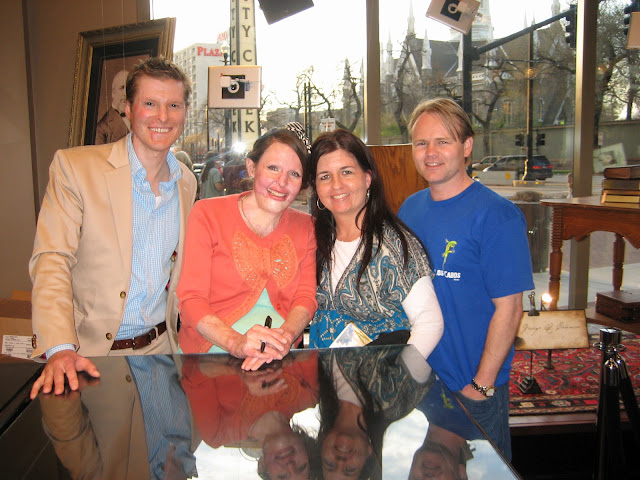 As I approached her I suddenly worried about what I was going to say to her.  What does one say to someone at a book signing?  Someone that you've rejoiced for, prayed for, and admired and yet you've never met?

"I am so happy to meet you!  I didn't think we'd make it because we had to go through a bomb threat to get here!"
Yes, that was my opening.  I'm good at embarrassing myself, it's a talent.

I thought it would be a great idea to take the Trax (or train) down to Salt Lake so that we wouldn't have to worry about parking or heavy traffic.  I had done it a couple of weeks and it was simple!

Half way through our ride our train stopped. And then we were told that there was a problem and we had to go back to the last stop and there would be a bus for us.  Swell.  It was now 5:30 and the book signing started at 6:00.

We got off the train and stood by the curb waiting.  There was nothing around except for a parking lot and an apartment building.  One of our fellow passengers took out a bright yellow sign that said "Jesus saves he died for you"  Since we were his trapped audience  he began his sermon with, "You may feel stranded right now but God will never abandon you!"  Well played preacher man, well played! 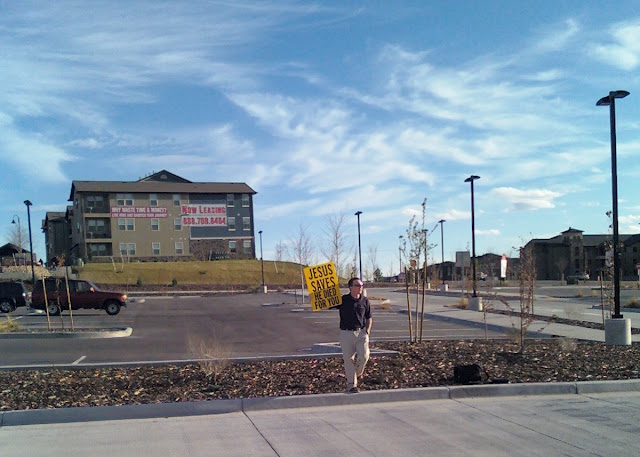 While our souls were being saved 3 more trains stopped and dumped off their passengers.  Finally a bus came and I was not going to miss it!  We had been waiting the longest after all!  I squeezed myself through to find John was standing outside.  I reached for him yelling, "John, get on!"  It was all very romantic, ha!

The bus was so crowded with everyone trying to hold their balanced.  It was stifling hot and the body odor became progressively worse.  A man next to us got off his cell phone and explained his brother in law worked security for Trax.  There was a suspicious backpack on one of the trains with a bomb threat called in.  That was why we couldn't continue on the trax.

Finally we made it to the book store at 7:15.  I was happy to see Stephanie and her husband through the window.  She was still there!  Stephanie was so sweet and her husband was very kind.  I asked her to sign the book to Madison and myself because I want Madison to read the book.  We took two pictures and Stephanie insisted we take one more because she was closing her eyes.  I then thanked her for her blog and she thanked me for coming despite the bomb.  Time was short and sweet.

I was also thrilled to meet Mindy Gledhill.  I bought her album because but Madison quickly took control of it!  I bought another CD and she signed it to Madison.  Madison was so excited!  I sent her a text at work telling her what I had for her and she replied, "how!!! Mom! I'm SCREAMING!" 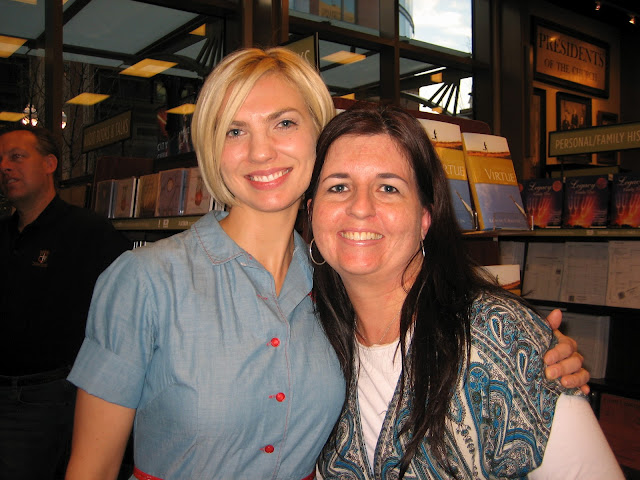 Despite the bomb threat John and I had a great time!  He was so sweet to take me to meet a woman that helps me to be grateful for my life.  I will forever appreciate Stephenie.  Her words encourage me to be a better mother and wife.

Email ThisBlogThis!Share to TwitterShare to FacebookShare to Pinterest
Labels: Read It

Wow! What a fun day for you, bomb threat and all. Very cool.