Spiritual Thoughts From a 5 Year Old 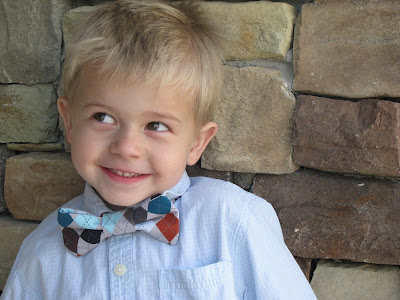 Our church meeting is an adventure with Devin. He has too much to say to keep quiet during a one hour meeting. If you were sitting behind us you my have heard Devin say:

"I promise, I won't put one finger in your purse."

After being so loud and after so many noisy gun sounds I grabbed his head and furiously whispered into his ear that he needed to behave and he was being much too loud.  It was time to sit quietly and think about Heavenly Father.  After my whispered lecture he grabbed his ear laughing, "That tickles!  Do it again!"

I taught Devin's primary class yesterday.  There was extra time so we played Simon Says.  When it was Devin's turn he told us, "Simon says, pretend you're holding a knife!"  Turn over!!

Oh, he cracks me up SO much! I love him.