I decided to participate in Project Run And Play. It's the bloggers version of Project Runway except for children. This week's challenge was to design through the decades. I chose the 1920's and found this inspiration picture.


These are the Pastega boys wearing their little suits made by their mother Luigia in 1928.  I had fun comparing myself to Luigia sewing for her 3 boys as I sew for my 3 boys! 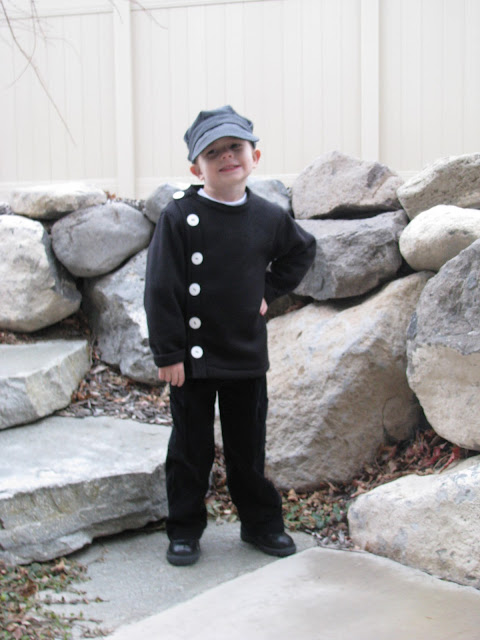 I kept the general shape of the jacket and used black fleece instead of velvet.  Luigia's boys must be more gentle on clothing because I can't imagine sending Devin out draped in velvet!  For the lining I used a cute dinosaur print just because I knew Devin would like it! 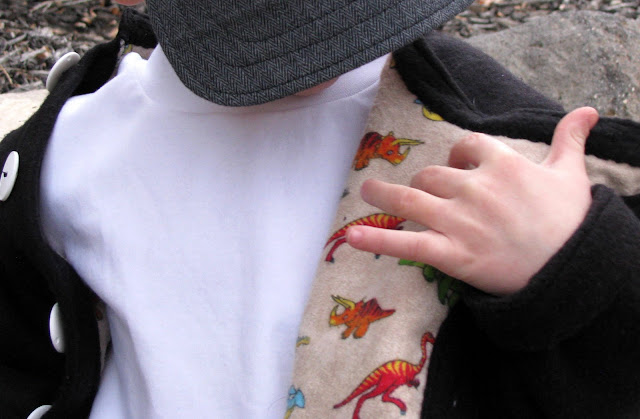 The boy's little shorts were basic elastic waisted shorts.  We live in cold Utah so I lengthend my pair to pants and added side pockets because Devin loves to have pockets for his mega blocks.  I wonder what the Pastega boys hid away in their pockets!  And I wonder if they asked for chicken nuggets while their mom is trying to finish up their suit! 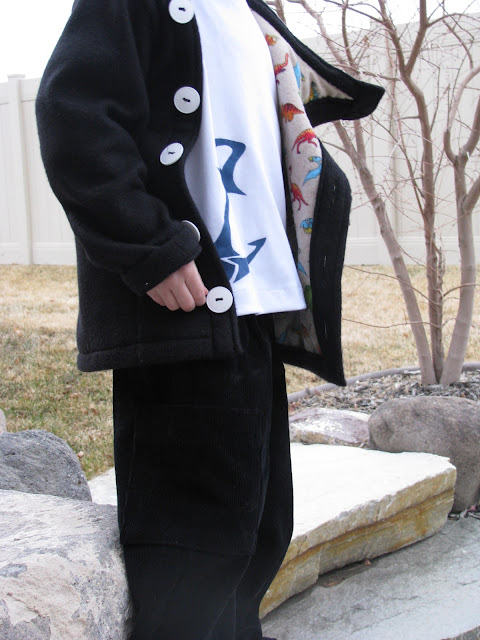 The crisp white shirts are very cute with the Peter Pan collar.  But that's a little feminine for the modern boy.  I made a simple white long sleeved tee. One of the suits from Luigia's collections was a sailor suit with am embroidered anchor.  My anchor is painted using the freezer paper method.  Somehow I don't think my little anchor will last 84 years like Luigia's darling anchor! 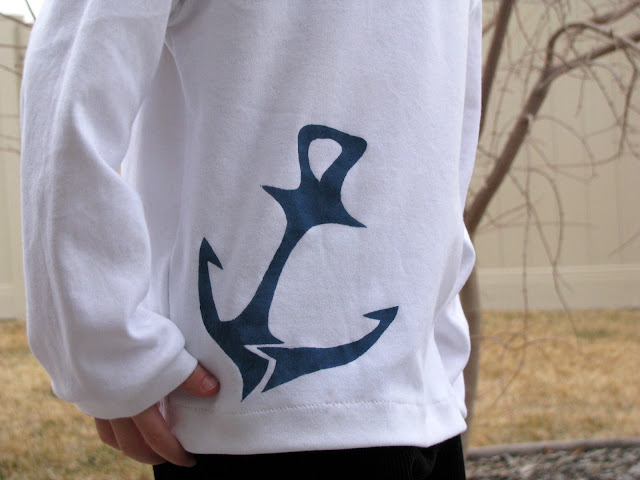 Sweet Luigia also made many hats for her boys.  Luckily, Devin is my only boy who will wear hats!  I followed this tutorial and made a Great Gatsby sort of hat.  It was a lot easier to make than I thought it would be. 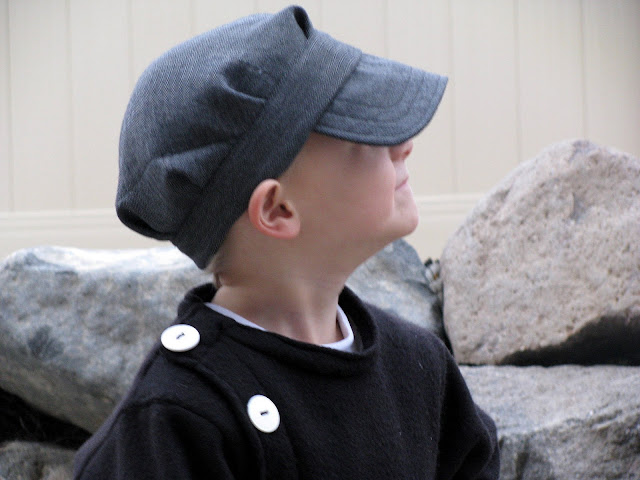 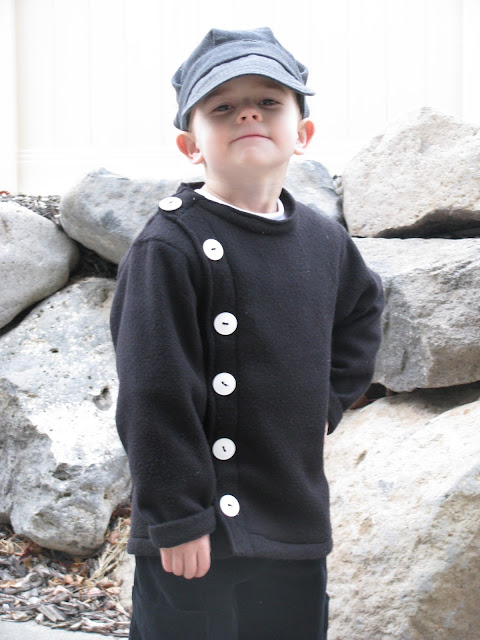 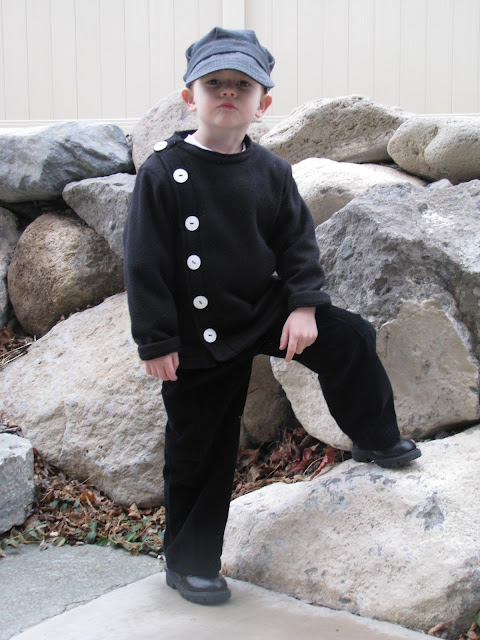 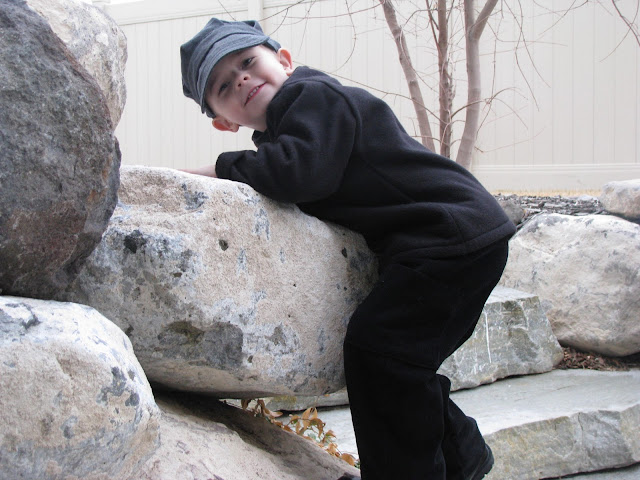 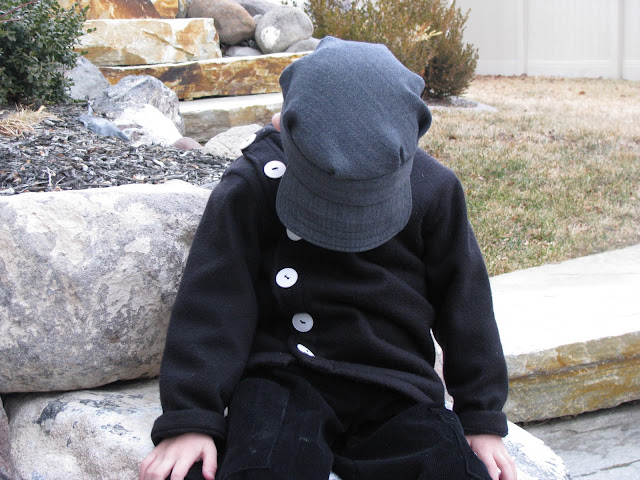 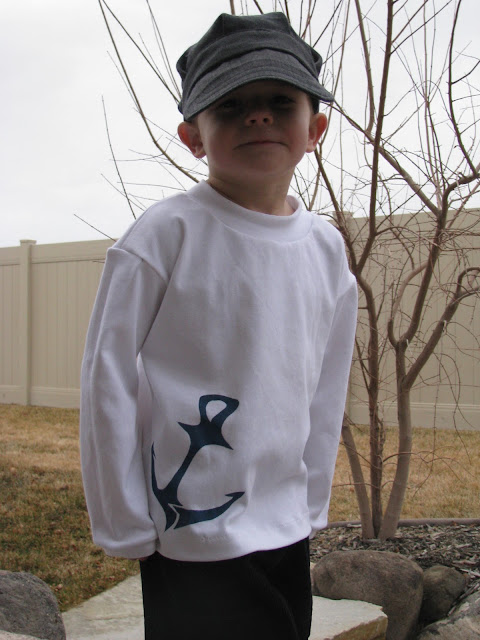 Falafel and the Bee said...

You did such a fantastic job! Your son looks absolutely adorable. I love that style. It is very little boy-friendly:)
Saw you on Simple Simon & co blog.
Beautiful!
~Michelle

saw you on Simple Simon. I have three boys and I am always drawn to any blog that sews for boys. This outfit is spectacular. I love it!

Okay, but when they say, "Mom, I really don't want you to make my clothes anymore," please listen to them. Take it from me.

Okay, but when they say, "Mom, I really don't want you to make my clothes anymore," please listen to them. Take it from me.