Awkward Mom, It's My Super Power

I try to not be that mom. You know, the awkward mom that embarrasses her children. Because it's only fun to embarrass your children if it's intentional. But yesterday it was unintentional.
Ethan has been talking about a field trip he was going to go on for a couple of weeks. The children also wear school uniforms. But it was to be a "dress down day" so they could wear street clothes to school. Ethan assured me that he could wear his street clothes even though they were on a field trip. So Ethan put on his normally outlawed jeans and a never worn to school T-shirt. 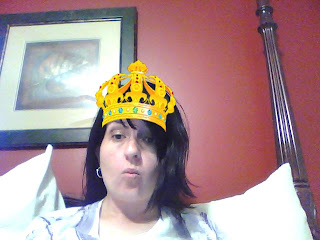 We had to drive our children to the Trax so they could ride the train as a class to the downtown location for their field trip. We arrived minutes early, but there was no one in site. Were they already on the train waiting for it to leave? Ethan and I ran across the parking lot and down the train looking into each compartment looking for 3rd graders startling many people sitting in their seats. Awkward! There was no one! A lady standing on the side stopped us. She was a teacher from Ethan's school and said we were the first one there. Good news! I was surprised we were the first ones to arrive because it was now the time we were all supposed to be there. As we were waiting we told her that Ethan was in Mr. C's class. "Oh yes," she said "Mr. C calls your soon the good Ethan." That makes me proud, but it's sad for bad Ethan!

The teacher got a call. Suddenly she's yelling at me as she starts to run, "We're at the wrong station! We've got to get there or we'll miss the train!"

We chase after her Awkward! and past all the train passengers, "Where is the station?"

"Go on state street and it's the same distance!"

Ethan and I jumped in the car. I was feeling so bad that I got the location wrong and Ethan was going to miss his trip. I found one Trax location, but it was totally deserted. By luck I was able to find the next location where 50 plus nine year olds wearing school uniforms were waiting. I swooped my car in and luckily there was a spot right next to the station. Several children saw Ethan and began to yell, "Run, Ethan, run!" as I watch Ethan run in his illegal clothes to join the kids in khakis and red and white shirts. Awkward!

By this time everyone's eyes are on me. Students, teachers, and several parents parked around me. I wave good-bye to my son and turn to open the door to my red car. Only it's the wrong red car! Awkward!

He got there...the rest is completely unimportant.

I agree with Paul's cute wife. However, the "wrong red car" cracks me up!