Star Wars is a religion for my boys.
Disneyland had Jedi Training.
We could not miss it!
Luckily, Ethan and Devin were selected to get their Jedi on.
Have you ever seen a cuter Jedi?
I think not! 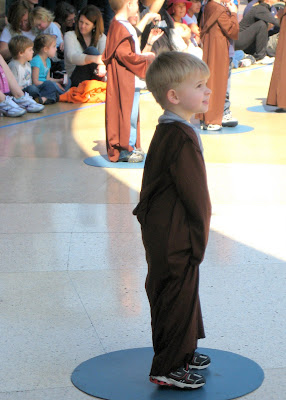 Ethan had a spot up on the stage close to all the action.
This was serious business for Ethan. 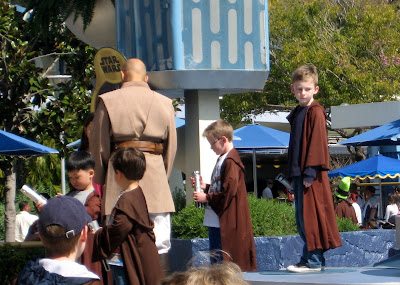 I think Devin was one of the youngest padawans
and needed some extra help from the Jedi trainers. 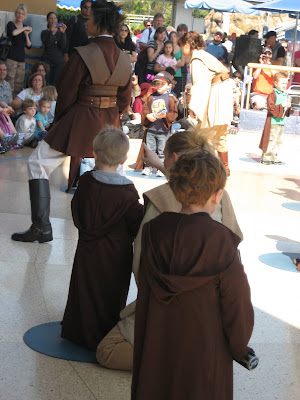 What would a battle be without Darth Maul? 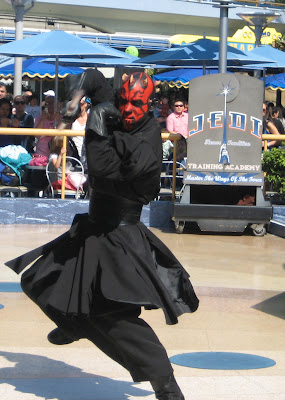 Ethan was first up to practice his skills upon the terrible Darth Vader.
He showed him who was boss! 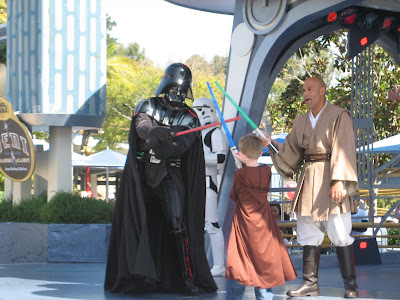 I captured on video Devin versus Darth!

The training ended with a ceremony of the padawans becoming true Jedi's. 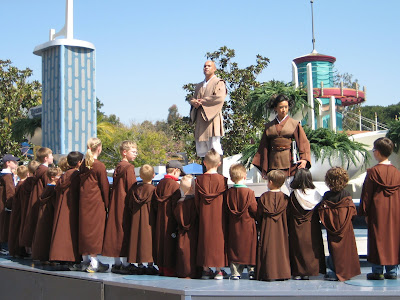