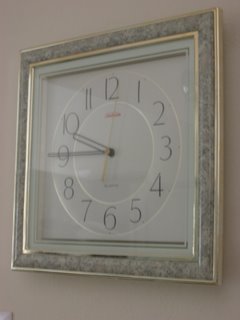 Hey Dianne! Does this look familiar? You gave it to us as a wedding gift over 12 years ago. And I still look at it everyday! And who says you can't give anyone the gift of time? 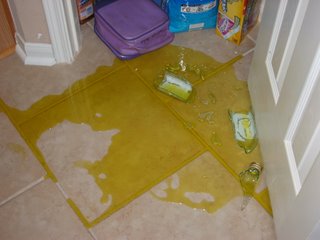 Oh yeah this was fun. My boy's were playing "Jedi" with their light sabers (or is it light savers, I can never remember). The pantry door was open when one of them fell back as a fatal blow caused them to dramatically throw their body back as if they were dying. One of their bodies, they refuse to admit who was dying, hit the new bottle of olive oil and it came crashing down to the tile floor. The glass shattered and crossed into the two adjoining rooms. So, if you ever need to mop up olive oil, dishwashing liquid works the best. But be warned, you will have to mop it up at least four times. 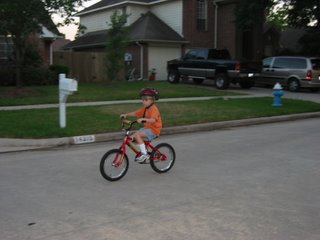 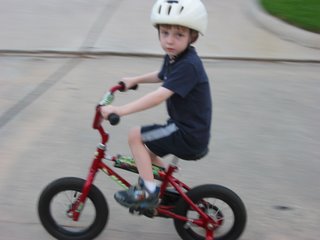 And Ethan has the peddling WHILE steering down. He said to John, "Isn't my helmet cool?" The funny part is that the helmet has been passed down two times and the plastic covering is gone so all it has is the hard foam part. 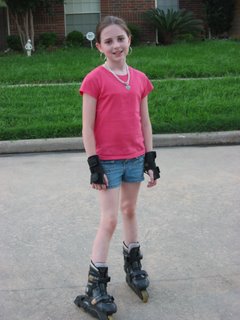 And here's the girl child on her roller blades. She wasn't in a picture taking mood but she humored me anyway. 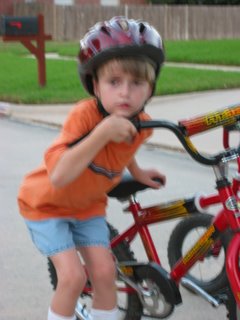 This picture is a blur because mid shot Cameron took this pose and said, "Oooh, I need to go potty!" It's probably not nice to put this on my blog, but it's my son so I get the right as his mother! This picture makes me laugh!

And here's a page. Just cause. 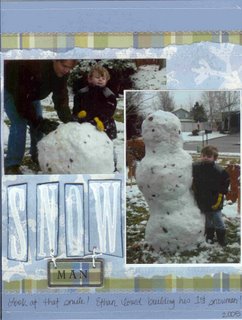